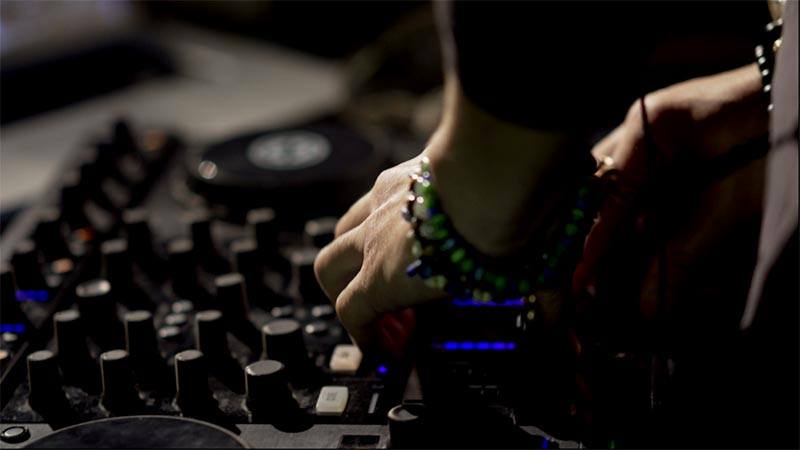 “…the visual shot is a container, a container of time and space with definite spatial and temporal borders, whereas with sound it is just the opposite.” Michel Chion

The workshop will be followed by a panel and community discussion celebrating and responding to diverse approaches to sound for film. The panel includes local artists Iris Devins, John Morrison, Deidre Maitre, and Emily Bate.

CATHERINE PANCAKE is an award-winning filmmaker and sound artist currently living in Philadelphia PA. Her films have screened at museums (MoMA) and festivals as well as broadcast internationally (PBS, Sundance Channel.) Recent commissions and gallery exhibitions have been discussed in Artforum, Vice, and on NPR.

IRIS DEVINS is a writer, director, producer and 2017 Sundance Film Festival Knight Fellow. She works in narrative and documentary film with an emphasis on intersectionality. Her documentary work has screened across the United States, Latin America, Canada, and Europe. She received funding from the Leeway Foundation Art and Change Grant to complete post-production on her narrative short, After the Date. The film portrays a romance between a trans woman and a straight man. The relationship flourishes, and the two face oppression from the outside world. She completed her MFA in Film and Media Arts at Temple University. She has worked as a freelance filmmaker, editor, graphic designer, and film instructor.

EMILY BATE is a Philadelphia-based singer, composer and harmony fanatic. Recent projects include choral theater piece "Going Down Mount Moriah," and frequent collaborator Erin Markey’s anarcho-musical "A Ride on the Irish Cream," which she co-composed and performed in. The music in Irish Cream was “accessible, often punchy pop-rock” (New York Times), whose “soaring musical numbers” (Artforum) were “startlingly gorgeous, and packed with heavenly harmonies” (New York Post). Other upcoming collaborations include pieces with The Bearded Ladies and MJ Kaufman, and music for the film "Queer Genius" by Catherine Pancake. emilybate.com

JOHN MORRISON is a musician, DJ, and music critic located in West Philadelphia. He had deep interests in African-American musical culture rooted in Philadephia influenced by outsider and Afro-futurist thought. Morrison’s music reviews and interviews with cultural figures have been published by the Philly Voice.